FROM THE ABSURDITY OF YESTERDAY TO THE SANITY OF TODAY

It was something given that Pepe Mel was going to quit being the manager in DEPORTIVO. After several setbacks, the previous Sunday against Eibar, the team that has the least shots on target in the First División, that has scored the least goals and we go out and play nothing, to draw nil nil. And because a good goal is rightly disallowed, but we could have lost in the last second. It’s what often happens when a team doesn’t play at all, to speculation, let’s see if something happens and that of entrusting to the divine order only happens to Madrid and Barcelona.

Something basic in a coach is knowing how to put each one in his position and he has not done it,dancing with positions, players and without a playing style, in short a poorly worked team, this is DEPOR.

What is left is a hard job from the best of CRISTOBAL PARRALO, to improve the physical level of the players, something we are neither winning against anyone, and then work the general concepts of football. Setting up, tilting, circulation of the ball, etc.

Pepe saved two match balls but against GIRONA he carried his own tomb. To go out with 4 central midfielders, with a only one up front at home, after moaning about the lack of strikers,that he likes to play with 2 forwards, he comes out with this scheme against GIRONA, forgive me the fans from GIRONA but a simple, weak team and one that will play in the lower part of the tables, and Depor couldn’t do nought.

It comes late this dismissal, which I personally have been calling for for some time, you cannot give advantage to the rivals and we have given alot of advantage to direct rivals. We have a team, we have the fans, we have history and we must row all of us for this to change and the team to climb positions.

We should give Cristobal Parralo time, so that he can work with the first team and we accept his decisions.

Now let’s not criticise if he decides not to start Francis, give him time to engage his playing style, he is a coach who stakes in the football and football is always the best road to reach the victory. 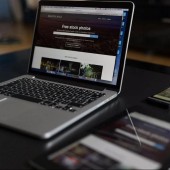